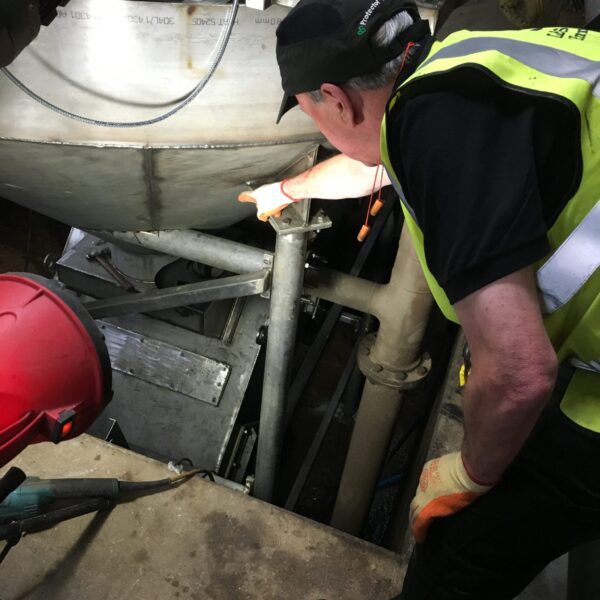 Senior team members from Lewis and Raby were pleased to be able to visit Huntapac to install the company’s new cyclone vegetable destoner.

The vegetable producer had asked Lewis and Raby to manufacture the cyclone vegetable destoner for their processing and distribution centre in the heart of Lancashire.

The destoner is used for the effective removal of stones and earth from vegetables such as carrots and parsnips.

“We have installed two of Lewis & Raby’s cyclone destoners which have led to a significant improvement in the removal of unwanted stones and solids from our process. They have also reduced the potential of “carry-over” of contaminants further down the line”.

“Destoning is more efficient than ever and there is no corrosion because the destoner is manufactured in high quality stainless steel.”

Lewis and Raby engineers and staff were also treated to a fascinating tour of Huntapac’s private commercial vehicle museum.

Established in 1942, Huntapac is a fourth generation family business that has grown to become one of the largest root vegetable producers in the UK.